Robert “Nut” Hall is a long standing member of the running community who began his career with the BRRC as a young runner and has served the Club over the years in many capacities. His running accomplishments as an individual or team member demonstrate the earnest competitor he was, and his ongoing support of the sport reflects his genuine dedication and love of running.

Nut has logged an impressive running resume. From 1977-1986, he trained over 30,000 miles to race in 400 races! His outstanding performances took him to the road and the track. On the track his personal bests include: 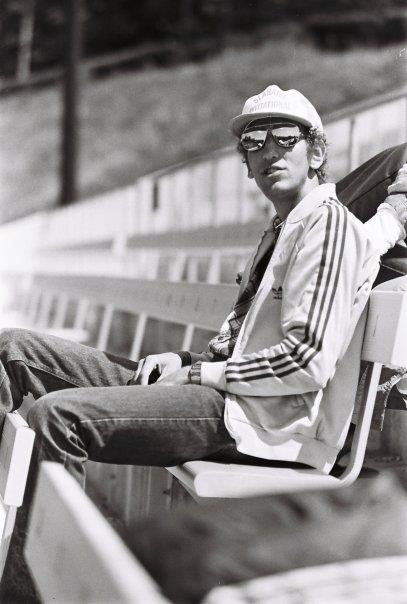 Nut’s running interests also extend beyond the finish line. He has been actively involved in the BRRC for many years, as club delegate from 1992-1995 and then as Club President from 1995-1997. He was Race Director for the BRRC Zoo Zoom and was co-director of the BRRC summer track series from 1986-1994. Nut was very much engaged with the Maryland Marathon, serving on the Maryland Marathon Commission from 1979-1988 and as the Maryland Marathon Course Director from 1982-1989. Throughout the 1980’s, he was scorer for the BRRC sponsored Constellation 10K, Zoo Zoom, Executive Stampede, and Lady Equitable. Nut continues his interest on “the other side of the finish line” where he has timed and/or scored over 600 events over the last two decades. His hobby has become his avocation today as he pursues a more serious interest in race management.

Beyond himself, Nut has lent his talents to coaching. He was the distance coach at Annapolis High School from 1976-1978 and the assistant Cross Country coach at Towson [State] University from 1986-1988.

Yet his profile is not yet complete. Nut has been busy at work archiving the BRRC’s history, race results and newsletters in digital format. He is utilizing current technology to preserve records and events researched and gathered about the Club since its inception. The vision is for the final product to become a resource for Internet/Web accessibility and distribution of BRRC chronicles, as well as reports on current activities and events. We are very fortunate and proud to have a member as outstanding and as dedicated as Nut. Our thanks also extend to his wife, Maureen, and daughter, Catherine!

But especially, congratulations to you, Nut, on your selection to the BRRC 2008 Hall of Fame!